If there was ever a film that shattered my allusions of a genre, it is 1977’s Saturday Night Fever. Before SNF my knowledge of disco was largely limited to drive time greatest hits shows and family parties. It was fun, frivolous music. A genre celebrated for its inclusivity and diversity, launched in the discotheques of NYC’s queer, black and latino communities. Instead, SNF peels back the seedy underbelly of 1970s New York, where for a short time, disco was the cocaine-fuelled engine beneath it all.

The movie is synonymous with the genre. The Bee Gees, the high priests of disco, wrote some of their most famous song for the film. Yet, it is the eclectic use of classical music, fused with the hypnotic rhythms of disco, that sets it apart from the raft of disco-fuelled movies of the period.

In the film, we hear David Shire’s Night on Disco Mountain, a reworking of Modest Mussorsky’s sinister Night on a Bare Mountain and Walter Murphy’s A Fifth of Beethoven. They both add a layer of drama and complexity to the score that pop alone could not provide. The famous opening motif of Beethoven’s Fifth Symphony is tonally ambiguous. We hear the piece when Tony first enters the 2001 Odyssey club – a nod to his character’s complexity? Meanwhile, Mussorgsky’s piece is based on a satanic witches’ ritual. This certainly colours the violent events on the Verrazzano–Narrows Bridge at the end of the film, with an even darker note.

This clash of ‘high’ and ‘low’ cultures is also mirrored in the film’s plot. Working class Italian-American Brooklynite Tony Manero falls for Stephanie, a slightly older woman whose talent for dance and life across the border in Manhattan, lifts Tony above his dreary dead-end job and living-for-the-weekend existence.

The conservative, Catholic world in which Tony and his friends have been raised is tested by the temptations of the 2001 Odyssey. Marriage is portrayed as a suffocating institution. Unfulfilled, Tony’s parent’s place their hopes on their eldest son, Frank, a priest. When he leaves the church, another great institution is also undermined. The soundtrack’s blend of ‘conservative’ classicism and disco, with its notorious lack of inhibitions is a noteworthy accompaniment to the movie’s ‘dual-focus narrative’.

Tony is a *difficult* character, to say the least. While the film has been criticised for its representations of Italian-Americans, not to mention the appalling assault of Tony’s would-be love interest, Annette, the score is a fitting testament to the complex and at times contradictory forces at work. 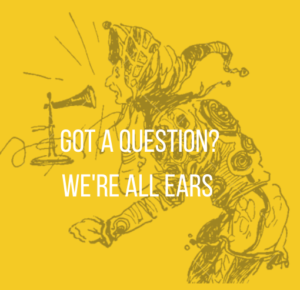 Listen to our playlists on Spotify